A jar of putty might sound like a simple and boring toy for kids. However, this is not just any putty; it is Newtonian Putty by Heebie Jeebies. Newtonian Putty is a weird and wonderful product that will leave you asking many questions. 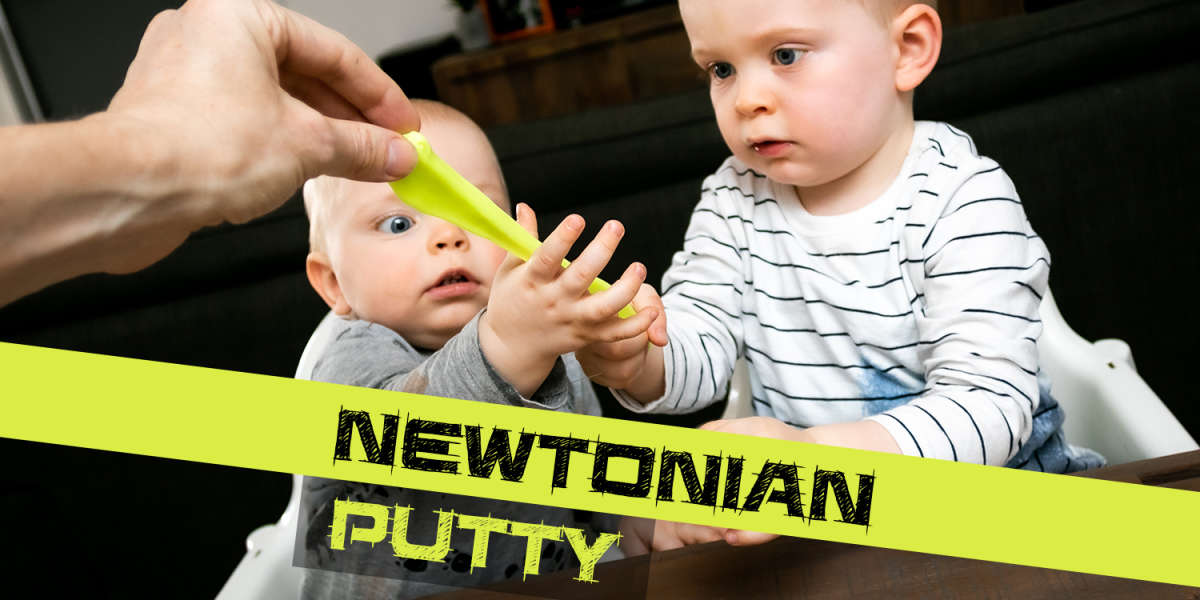 When you first get your hands on the Newtonian Putty, it doesn't feel extraordinary. That's because you are most likely squishing it in your hand like play-doh. Newtonian Putty shows it's real colours when you apply different levels of force. Here are some examples:

No Force Applied: Hold the putty in your hand, and stretch just a little off the edge of your hand, and wait. The Newtonian Putty acts like a slow-moving liquid. It will stretch to the table/ground and continue to pour off your hand. Once it lands, it will continue to fold onto itself and create a puddle. Be patient though; it will take a little time. To save your arm getting sore, sit it on the top of an upside-down glass.

Medium Force Applied: Stretch out the Newtonian Putty just a little. Grab a bit in each hand and get a good grip. Now pull the two sides apart quickly. The putty will snap in two easily.

Large Force Applied: Find a sturdy tabletop and a clean hammer. Place the putty on the table and hit it with a hammer. The Newtonian Putty shatters like it is made of hard plastic. It is bizarre to see because just a few minutes ago it was pouring off your hand.

Bouncing: This could be described as medium force, but thought I would separate it for you. If you roll the Newtonian Putty into a ball, dropping it onto a hard surface will cause it to bounce, just like a bouncy ball. Don't throw it too hard though, because the force will then be substantial, and it could shatter.

If you would like more info, take a look at non-Newtonian Fluids with examples. Here is a brief description:

Newtonian Putty is a non-Newtonian fluid. It's viscosity (Ability to flow) does not just depend on temperate (Like Newtonian Fluids), but also depends on force.

What's in the Box?

Normally we have plenty of items in the boxed we review, but this toy is so simple it just contains a tub of putty.

Ours is glow in the dark, but it also comes in other colours. The plastic tub has a screw-on lid, which makes it great to store. Here is a photo of my son Eli holding up the Newtonian Putty still in its packet. My other son Ashton doesn't seem too pleased about not being in the spotlight :) 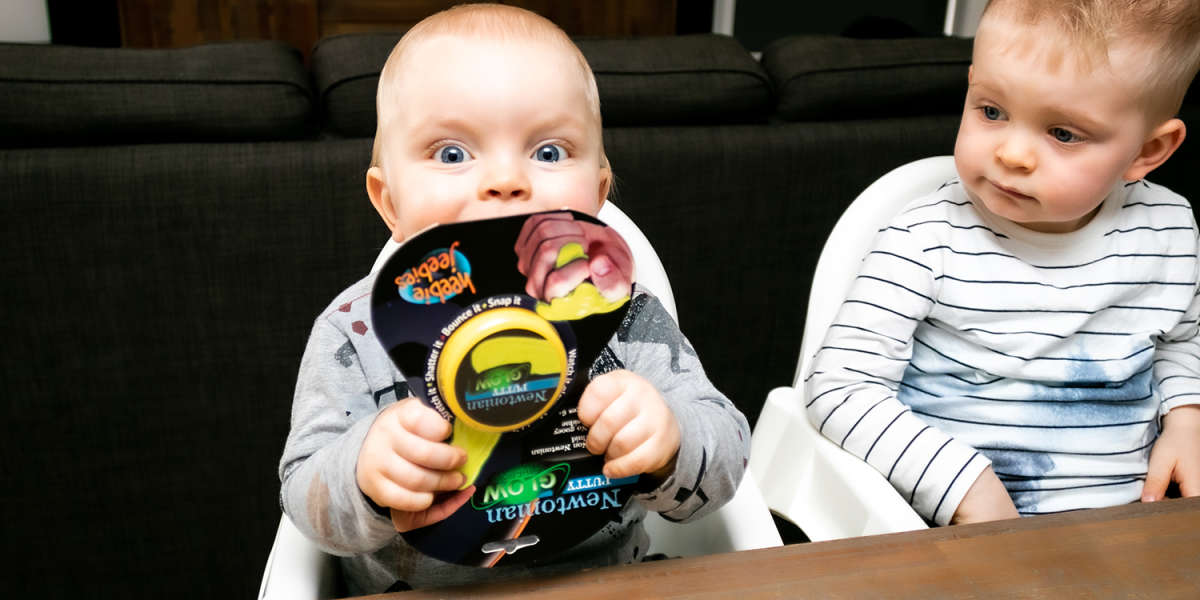 The Heebie Jeebies Newtonian Putty is a low-cost toy that will entertain your kids and teach them a bit of science along the way. It's simple to use, and stores very well in its screw-top plastic jar.

We rate Newtonian Putty, 4.5 out of 5. Very hard to fault, but possibly could be a little more in the packet. 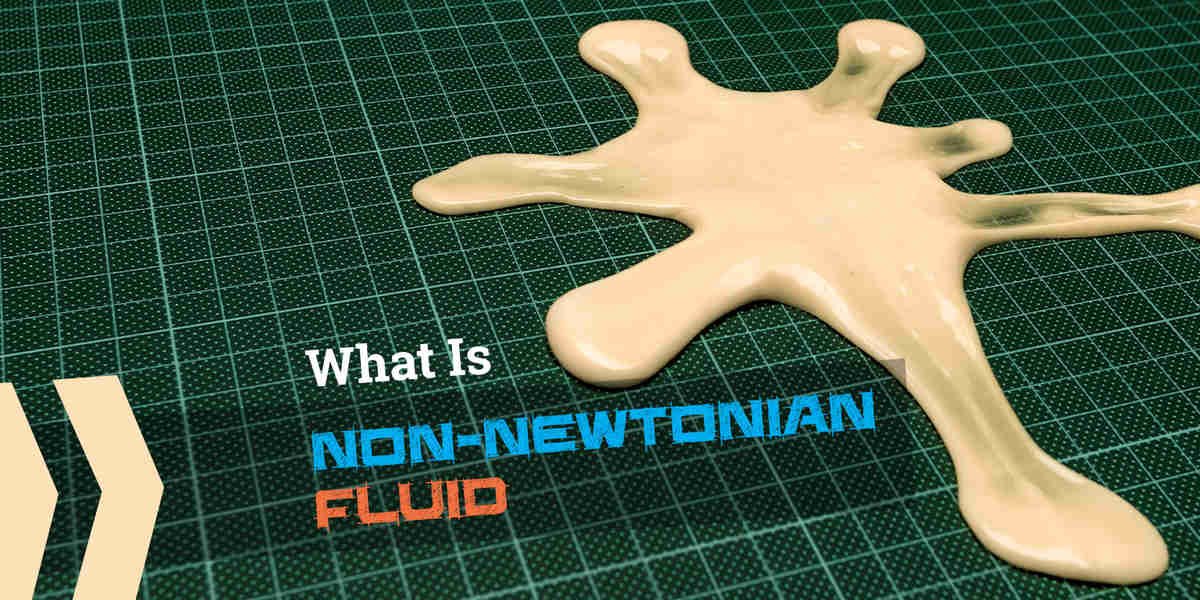 What is Non-Newtonian Fluid?