What is Non-Newtonian Fluid?

Non-Newtonial Liquids are More Common Than You Think

Sir Isaac Newton described Newtonian fluids in Newton's law of viscosity. In summary, he observed that Newtonian liquids have a constant viscosity/flow, and that their flow behaviour only changes when there is a change in temperature or pressure. Stress does NOT affect this type of fluid.

An example would be water. Temperature affects its viscosity. At 0˚C it turns into a solid, and at 100˚C it is a gas, but between those temperatures is behaves like a normal fluid, and has a constant viscosity. The viscosity of water is certainly not affected by applied stress.

An example would be ketchup. When you shake a bottle of ketchup, the sauce becomes more liquid. Force applied to the ketchup changes the viscosity/flow.

Oobleck is easy to make and is commonly used to display the properties of non-Newtonian fluids. Oobleck is made from cornstarch and water, and the starch components are suspended in water which causes its unusual behaviour. When force is applied, the liquid turns into a solid.

For example, you could easily walk/run over a large container of oobleck because of the forces applied by your weight causes the oobleck directly under your feet to become solid. After the force is removed, the oobleck will return to its original state of liquid.

Ketchup is the opposite of the oobleck described above. Ketchup is quite thick in its natural state, which means it would move/pour quite slowly. However, when force/stress is applied, the ketchup gets thinner, and it is easier to pour.

For example, ketchup is much easier to squeeze out of a sauce bottle after you have shaken the bottle. This is because shaking the bottle applies force to the ketchup, which causes the liquid to become more viscous.

Blood is similar to ketchup, not just in colour, but in its non-newtonian properties. Blood is a non-Newtonian liquid. You don't notice the effects of the liquid inside your body, but blood has been studied outside of your body, and it has shown to thin when forces are applied.

For example, if you stir a container of blood, you modify the way the different type of cells interact, and the viscosity is reduced.

Have you ever whipped cream? Then you have seen this non-Newtonian fluid in action. By applying force, you can turn this liquid into a very thick cream that can hold its shape.

Paint is a specially designed non-Newtonian liquid. It is not as noticeable as oobleck or ketchup; however, it is a sheer thinning non-newtonian liquid. Wall paint is intended to be thick enough not to run off the wall, but when you apply pressure with a paintbrush, it flows easier off the brush.

Here are some resources and additional information to help educate you on non-Newtonian fluids.

Why is Ketchup so Hard To Pour?

Here is a great video from TED-Ed. It takes a deep look at non-Newtonian fluids and their properties. A great educational video.

The Science Channel has made a fun and educational video about running across liquid. 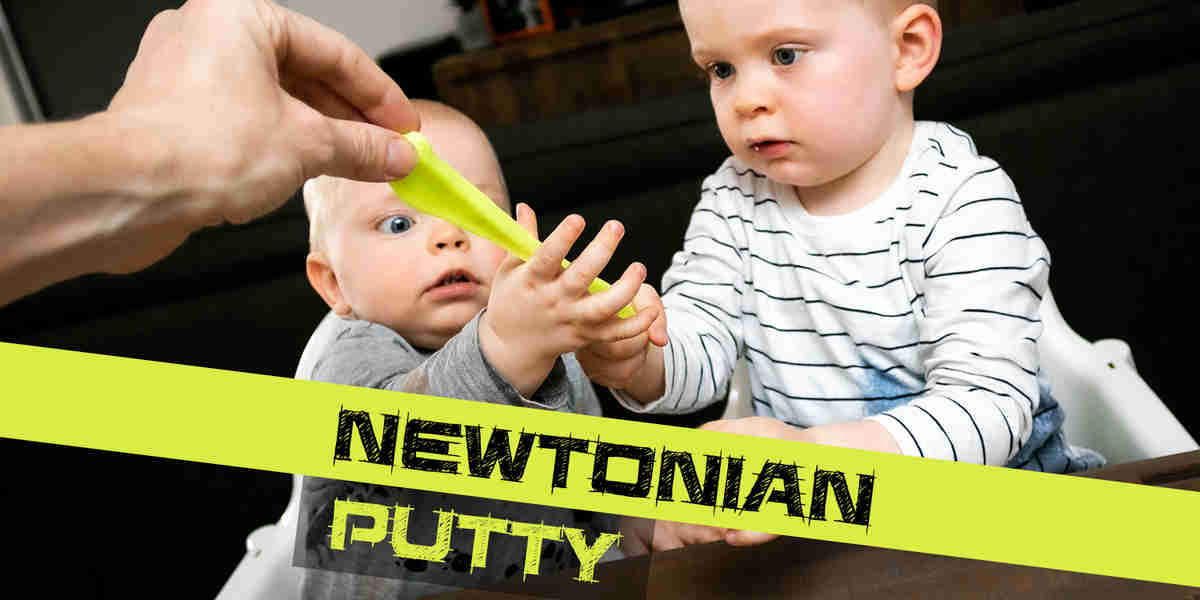 We take a look at Newtonian Putty by Heebie Jeebies. It is a non-newtonian fluid that is not only fun but a great educational toy. Here is our review and opinion.