We Did the Lava Lamp Experiment

This activity isn't new, but it was new to my 2 (Almost) year old son Ashton. So we set it up, got out the camera and watched him enjoy this really simple science experiment.

The lava lamp experiment/activity is easy to do, and it has plenty of action to mesmerise the kids with. Younger kids can just watch the lava lamp in action, and the older kids can delve into the science behind it, and figure out how the lava lamp activity actually works.

Here is my son Ashton enjoying the imitation lava lamp. This lava lamp demo video doesn't go into too much detail, but you will get a really good idea of how it works.


What You Need for the Lava Lamp Activity

The lava lamp activity is super easy to set up, and you only need a few things:

Clear Vase/Container: We used a large vase, but you can use anything that is tall and clear. Don't use anything flat and wide, you want something quite tall.

Oil: Get yourself some cheap cooking oil. I can't recall what we used here, but I do know it looked a little more yellow than the video makes out. The clearer the better.

Glass of Water: Just a glass of tap water will do.

Food Colouring: The colouring will give the 'lava' its colour. If you use yellow oil, make sure you contrast it a little, maybe don't use orange food colouring. We used blue, and it was green where it was in the yellow oil.

Effervescence: You can use any effervescence, but we recommend using a clear one. The coloured ones will play havoc with your coloured water. If you have a large vase as we did above, you might want to use two at once. We are in Australia, and we had a product called 'Aspro Clear', so I just used two of them.

Once you have all of the resources, here is how you make the lava lamp:

1. Pour In The Oil: Pour the oil into the vase/container filling it quite high, but leave enough room for the cup of water, and a little room so it doesn't spill over when bubbling. You can see in our video above how much room we left.

2. Mix Water & Food Colouring: Go easy on the food colouring here, just a couple of drops. Mix it in the glass of water.

3. Pour in the Water & Colouring: Pour in the mix of water and food colouring. It will sink to the bottom of the oil. 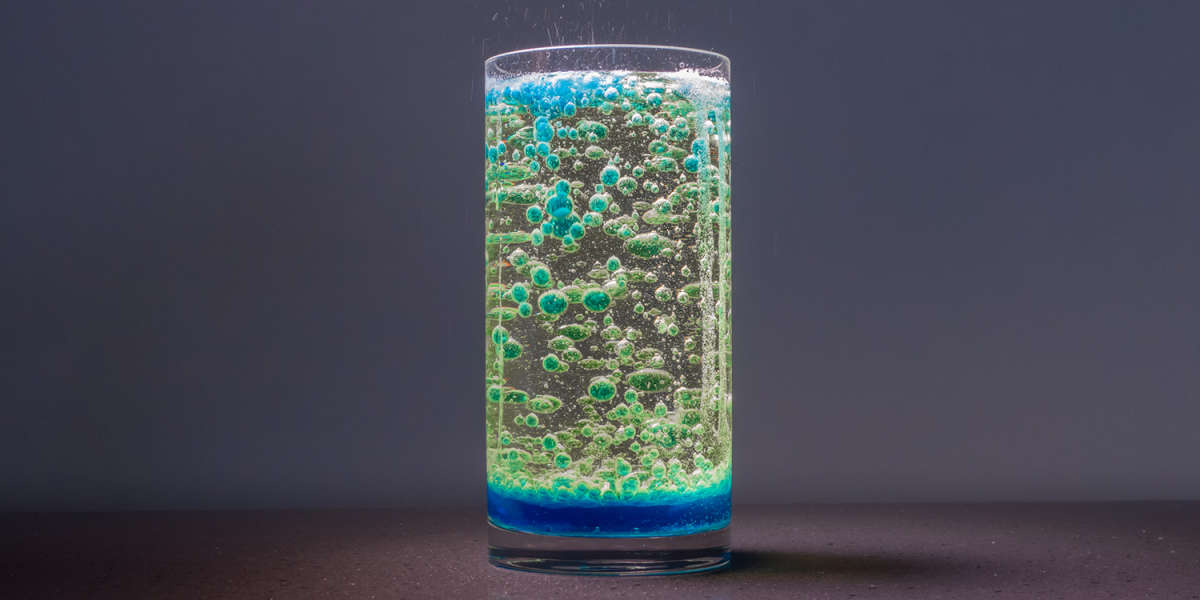 Once you watch the lava lamp in all it's colourful glory, feel free to run it again. You just need to add more effervescence. After you have finished though, here is a tip...

Let the lava lamp sit on the bench overnight. Then, you will be able to collect the oil off the top for use in your next oil experiment. We have a container of oil we only use for experiments, and because it doesn't mix with water, it is often a reusable resource.

People ask lots of questions about this experiment, so we are going to answer some of them here:

What tablet to use in the lava lamp experiment?

The tablet used in the lava lamp experiment is effervescent. You can find these in supermarkets and pharmacies. Clear effervescence is recommended.

How does the lava lamp activity work?

The lava lamp uses oil and coloured water, as we know, these two don't mix. The water sinks to the bottom. When you place the effervescence in, it sinks down into the water and produces bubbles of gas. These bubbles, along with coloured some coloured water rise to the surface through the oil. Once the gas escapes, the coloured water then sinks back to the bottom again.

Can I mix colours in the lava lamp experiment?

When adding the food colouring to the water, it is probably best to use just one colour, however, you can use 2 or more. We suggest that you mix 2 separate cups of water and colouring, then add them to the oil on opposite sides, and quickly add the effervescence. You will see the two separate colours for a short time until they mix together.

Steph We did this recently for our class and they loved it. It is just so easy to make! Reply
STEM Mayhem Hi Steph. Yes, this lava lamp experiment was so simple. Took about 5 minutes to set up and run. My son is still pretty young, and easily distracted, but you can see in the video he really liked it.

Thanks for the comment. Let us know if you know any other easy experiments, we would love to try them. 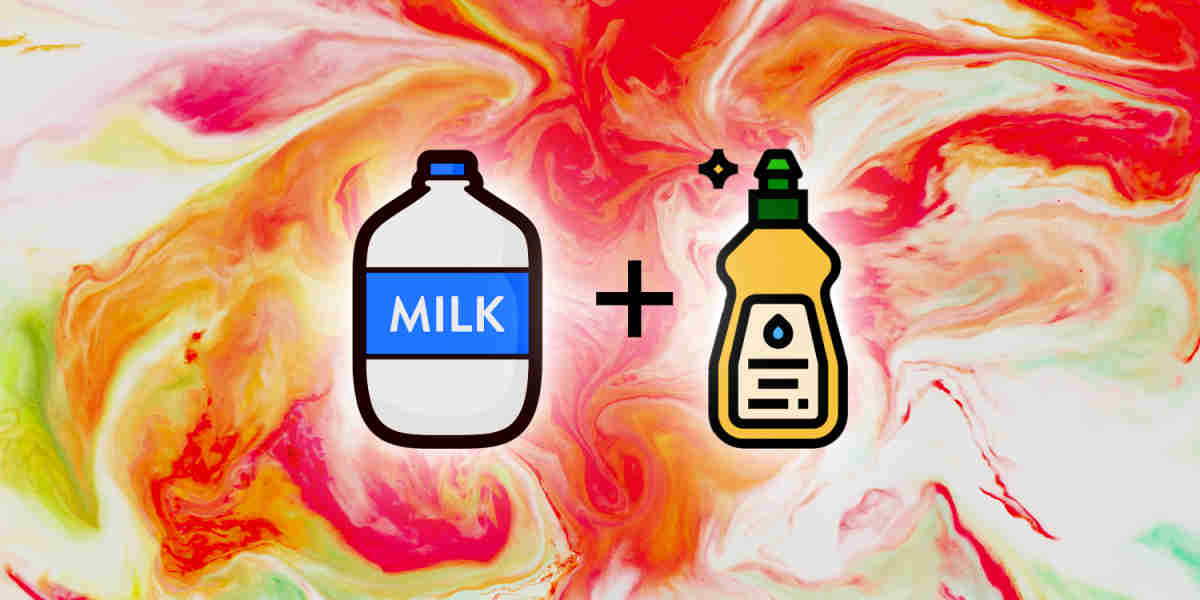 The milk and dish soap experiment is a great science experiment for kids. We take a look at how and why it works.