Let me be clear up front, I am a Dad, and so this list of funny science jokes could just be dad jokes in disguise 😆

Never the less, please let us share with your our favourite science jokes. Hopefully, they are funny enough to induce some laughter or at minimum a little smile. If you find these jokes amusing, please make sure to share this list with your friends and fellow scientists. 🙏

One last thing, here at STEM Mayhem, we are family-friendly. All of these science jokes will be safe for kids. 👨‍👩‍👧‍👦 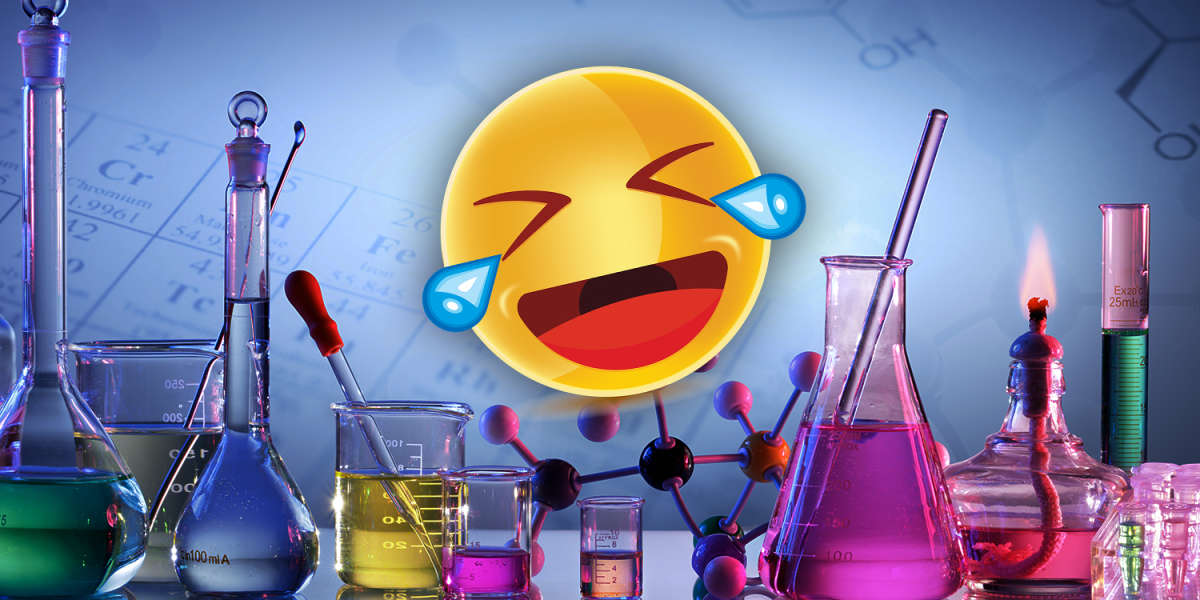 No matter how popular they get, Antibiotics will never go viral! 💊

Why are Helium, Curium, and Barium the medical elements?
Because if you can't heal-ium or cure-ium, you bury-um. ⚰️

Why is the ocean so salty?
Because the land doesn't wave back. 🌊

I was reading a book on helium... Couldn't put it down. 📖

What should you do when no one laughs at your science jokes?
Keep trying until you get a reaction. 😂

A couple of months in the laboratory can frequently save a couple of hours in the library. 📚

Google-Earth gave you the opportunity to go and see anywhere in the world. So what do you do?
You go and look at your house? 🏡

I think I left the Bromine and Boron in the cabinet.
BrB 🏃‍♂️

Why is the pH of YouTube very stable?
Because it constantly buffers. ▶️

Why do chemists like nitrates so much?
They’re cheaper than day rates. 🌙

What do you call an acid with an attitude?
A mean-oh acid. 😠

If you broke the law of gravity, would you get a suspended sentence? 🔼

Did you hear the one about the recycling triplets?
Their names are Polly, Ethel, and Ian. ♻️

One mouse to another:
“Look at that lady with the white coat on. Whenever I push the paddle, she starts writing something.” 🐭

When Magnesium and Oxygen started dating I was like, "O MG!" 😲

A chemist walks into a pharmacy and asks the pharmacist, “Do you have any acetylsalicylic acid?”
“You mean aspirin?” asked the pharmacist. “That’s it! I can never remember that word.” 🤔

Why does a burger have less energy than a steak?
A burger is in its ground state. 🍔

A photon checks into a hotel and is asked if he needs help with his luggage.
"No, I'm travelling light." 🌞

Why did the Physics Teacher break up with the Biology teacher?
There was no Chemistry. 💔

If the Silver Surfer and Iron Man team up, they’d be alloys. 🔩

What did one ion say to the other?
I've got my ion you. 👁

Do scientists who study the sun have a flare for research? 🔆

I have a new theory on inertia but it doesn’t seem to be gaining momentum. 🎢

One tectonic plate bumped into another and said, "Sorry, my fault.". 🌎

What is a physicist's favourite food?
Fission chips. 🍟

When all you want to do is gain potential energy...
People just keep letting you down. 😥

Did you hear oxygen went on a date with potassium?
It went OK. 👌

If you are thinking about telescopes as a hobby, you should look into it. 🔭

What did the thermometer say to the graduated cylinder?
You may have graduated, but I've got many degrees. 🌡

A physicist while exiting the theatre after seeing Star Wars bumped into a fellow physicist. Inspired by the movie, he said to his friend, “May the mass times acceleration be with you.” 📽

Einstein developed a theory about space.
It was about time too. 🕑

Are you a carbon sample? I would love to date you. 😍

What’s the difference between a dog and a marine biologist?
One wags a tail and the other tags a whale. 🐳

A dung beetle walks into a bar and says, "Is this stool taken?" 💩

There are two types of people in the world:
Those who can extrapolate from from incomplete data. 📋

A group of protesters out front of a physics lab:
“What do we want? - Time travel; When do we want it? - Irrelevant.” 🕗

Where does bad light end up?
In a prism. 👮‍♀️

Learning about Frequency is so boring it Hertz! 🔈

What kind of dog does a chemist have?
A Lab-radore. 🐶

Do you want to know how often I tell element jokes?
Periodically. 🗓

Bacteria is the only culture some people have. 🏰

What’s wrong with a joke involving Cobalt, Radon, and Ytterium?
It's CoRn Y. 🤪

How do astronomers organize a party?
They planet. 🌏

A couple of biologists had twins. They named one Jessica and the other Control. 👨‍👩‍👦‍👦

Did you hear about the man who got cooled to absolute zero?
He's 0K now. ❄️

In theory, there is no difference between theory and practice. But, in practice, there is. 🙄

How does the moon cut his hair?
Eclipse it. 💇‍♂️

Did you hear about the famous microbiologist who visited 20 different countries and spoke 6 languages?
He was a man of many cultures. 🗽🏯

Two blood cells met and fell in love. Alas, it was all in vein. 😍

Organic chemistry is difficult. Those who study it have alkynes of trouble. 👩‍🔬

What do you call a tooth in a glass of water?
A one molar solution. 🚰

The cost of the space program is astronomical. 🚀

How much room do fungi need to grow?
As mushroom as possible. 🍄

Did you know they have just found the gene for shyness?
They would have found it earlier, but it was hiding behind two other genes. 😐

When the astronomy department found out their professor was not getting the Nobel prize this year, they decided to hold a party for him anyway and give him a constellation prize instead. ⭐️⭐️⭐️

Why can you never trust atoms?
They make up everything! 😎

Source for Our Science Jokes

My wife has a science degree and medicine degree, and she helped me with a few. Others I had heard over time and others turned up on Facebook or Twitter. So I guess we aren't sure where they originated, and if you were the original person who made up the joke, I can only apologise for not linking to you.

User Comment These are great, thanks for posting :) Reply Dave very funny i use these in my science lessons Reply 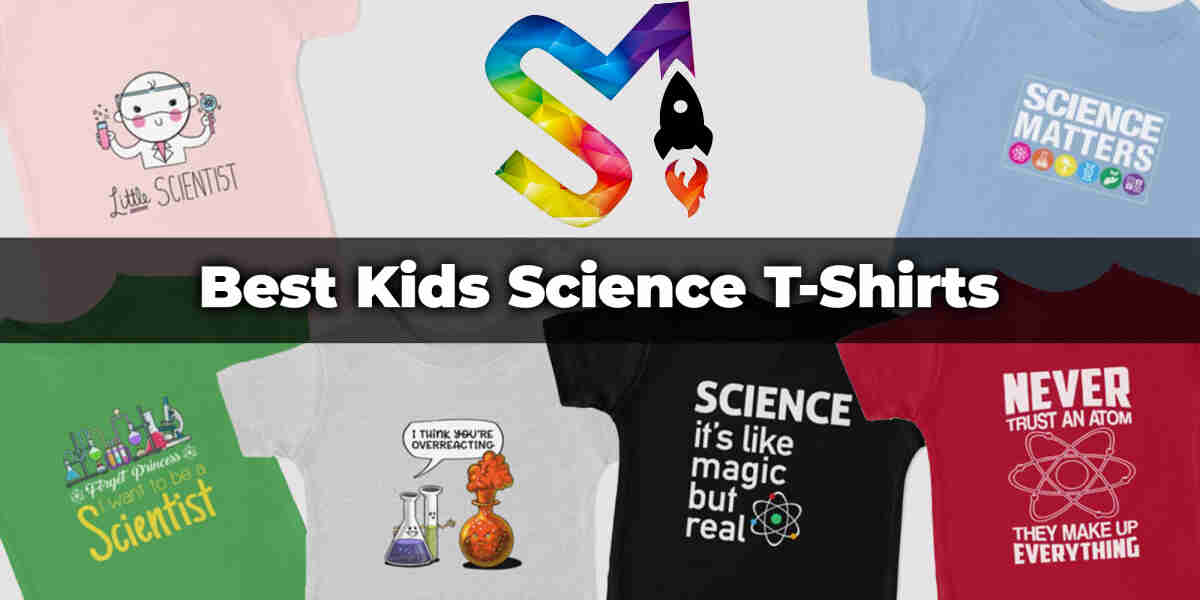 Here is our pick of the best kids science t-shirts. From funny shirts to science statements, this list of kids shirts is worth a look.